For the UR-RT2, Steinberg’s crack team of audio and driver software developers engineered an I/O implementation that gives you both stability and flexibility, with drivers that support ASIO, Core Audio, and WDM standards. This means you can connect to all DAWs that support any of these universal standards. What’s more, the UR-RT2 features CC mode, which enables it to easily connect to your iPad and work with a broad range of iOS audio apps. 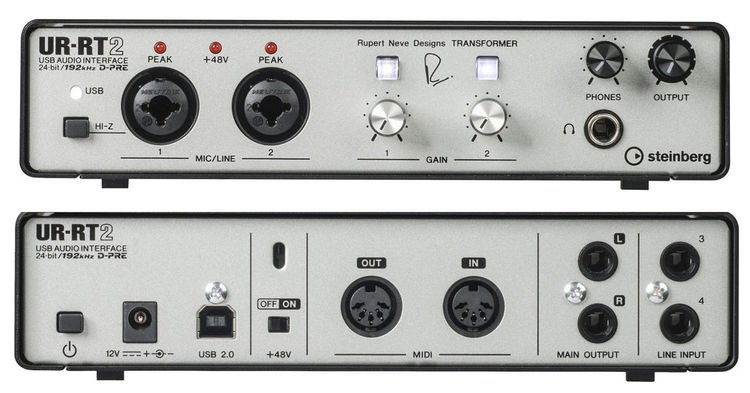 Notice Rupert Neve’s signature on the UR-RT2 faceplate. That’s the Rupert Neve, the pro audio legend whose electronics designs defined the golden age of analog. Those of us who have had the privilege of working on a Neve 8078 or its predecessors can attest to the fact that Neve’s 80 Series consoles were indeed the pinnacle of handwired analog mixing desks. Mr. Neve has remained at the forefront of audio-circuit innovation for over half a century, and his current company, Rupert Neve Designs, continues to advance the state of the art with cutting-edge products that sound incredible and intelligently address the challenges of the digital age. The inclusion of Rupert Neve Designs input transformers in the Steinberg UR-RT2 makes this legendary sound available in a budget-friendly USB 2.0 interface.

Shop Now from Lahore, Karachi, Islamabad & all other cities of Pakistan.